Yacht industry has gradually entered the new class life. According to official data, there are more than 24 cities in China holding yacht shows, more than 80 yacht clu

Yacht industry has gradually entered the new class life. According to official data, there are more than 24 cities in China holding yacht shows, more than 80 yacht clu

Yacht industry has gradually entered the new class life. According to official data, there are more than 24 cities in China holding yacht shows, more than 80 yacht clubs, more than more than 6000 berths, and private yacht ownership of about 1000. Nevertheless, the development of China's yacht industry is still very backward, and there is a huge gap in the market space. Data show that in 2011 the global yacht sales amounted to $54 billion, while China's yacht market sales of only 3 billion 600 million U. S. dollars.

It is understood that China's yacht industry market is only concentrated in the southern region of china. The climate is suitable with the South Sea yacht often has a relationship, such as Hainan, Xiamen, the rapid development momentum, but like Beijing area of potential consumers, if only for a few months a year at sea, yacht for their allure will be greatly reduced.

The personage inside course of study thinks, the factor that restricts boat industry development basically has the opening degree of water area, yacht, dock and other facilities construction, the development that drives a boat to carry out the job to wait. But since 2010, these problems have been gradually solved.

First of all, China has formed a system in the formulation of yacht standards. In the yacht manufacturing standard, shipbuilding industry China has been in line with international standards; at the same time, the Ministry of transport issued Chinese "yacht safety management regulations" means the cross sea cruise yacht as possible, this is a major breakthrough in China's yacht. In July 23, 2010, the State Council [2010] No. 121 document, "the implementation of the State Council on accelerating the development of tourism industry focus on the work of the division of work scheme" was released, the yacht industry also ushered in its own spring.

In fact, owning a private yacht is not easy, and it has become another barrier to the development of the yacht industry. It is understood that, like cars, yachts in the sea also need to list, textual research, and comply with traffic regulations. The reporter learned that, after the need to buy a yacht to the maritime bureau for registration "ship ownership certificate", and then to the ship inspection department to get Chuanjian certificate, and then to the maritime bureau to obtain "certificate of nationality", then, but also obtain the yacht driver's license. Finally, we must consider the berthing problem.

According to the ships of different sizes, the cost of the berth is gone, with a minimum of 6 meters (19.7 feet) berth for example, rent a berth rent of about 300 yuan, the monthly rent to seven thousand or eight thousand yuan, the annual rent of nearly 80 thousand yuan, 20 years of sales price berth will have to reach nearly one million yuan.

The expensive value of a yacht determines its maintenance, which requires professional training and extensive experience with the engineers. In order to meet the development trend of China's yacht industry, yacht clubs have sprung up, and most yacht clubs can also provide yacht management services.

Yacht Club is not expensive, in addition to berthing yacht marina, but also requires supporting construction, maintenance services, leisure and entertainment facilities, investment at hundreds of millions of yuan. It is understood that the country's largest yacht club project "Kowloon Villa", only supporting hotels, yachts, villas, Marina construction costs as high as 2 billion yuan. Once a yacht is moored at a wharf owned by a club, its enormous economic benefits will not be overlooked.

In 2010, the Hurun rich list found that China had 875 thousand rich people, nearly half of whom planned to buy private yachts. Although the international yacht facilities committee chairman Ron Stone said the yacht is not only a kind of advanced consumer durable goods, is not suitable for the super rich, it represents a way of life, can meet the needs of individuals and families to enjoy life. But for China, the signal circulating among the Chinese upstart is that only private yachts can show the gap between the net worth of ten million assets and the net worth of one hundred million yuan assets.

With the increase of domestic yacht manufacturers, the decrease of cost control and price, the expansion of the wealthy and rapid development of tourism economy, China's yacht industry has ushered in a full range of opportunities for development.

According to the "strategic planning and development prospects and investment analysis report of 2012 Chinese yacht" research shows that China has 200 yacht manufacturing enterprises, the output value of more than 10 million enterprises have 30 homes, these enterprises mainly concentrated in Shenzhen, Shanghai, Qingdao, Tianjin, Xiamen, Zhuhai city. Yacht production will drive a new type of materials, coatings, electronic instruments, meters, power, propulsion systems, dozens of supporting industries. Its consumption will also lead to the rapid development of a large number of related industries, such as yacht terminal, yacht transportation, yacht maintenance, fuel filling, water entertainment, catering services and so on.

Data show that China's yacht market sales of yachts mainly concentrated in small and medium-sized yachts, specifications mainly in 24-48 feet (7.3-14.6 meters) between the price of 150000 U. s.dollars. Sales of yachts more than 50 feet (15 meters) are also on the rise. And because of the low cost of labor, the price of Chinese made medium and small yachts is cheaper than that of the European and American countries. This makes the Chinese made 20%-30% yachts very competitive in the world.

According to the China Shipbuilding Industry Association forecast, by 2020, the scale of China's yacht market will reach 50 billion yuan.

At the Dalian boat show in 2011, China Transportation Association vice president Zheng Weihang made a cruise yacht club is expected in the next 5 to 10 years, China enterprises demand for yachts have 50 thousand ships, middle class and above personal purchases about 50 thousand ships. Press 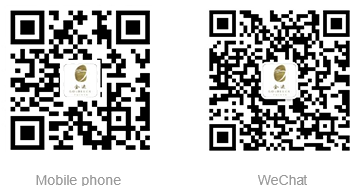